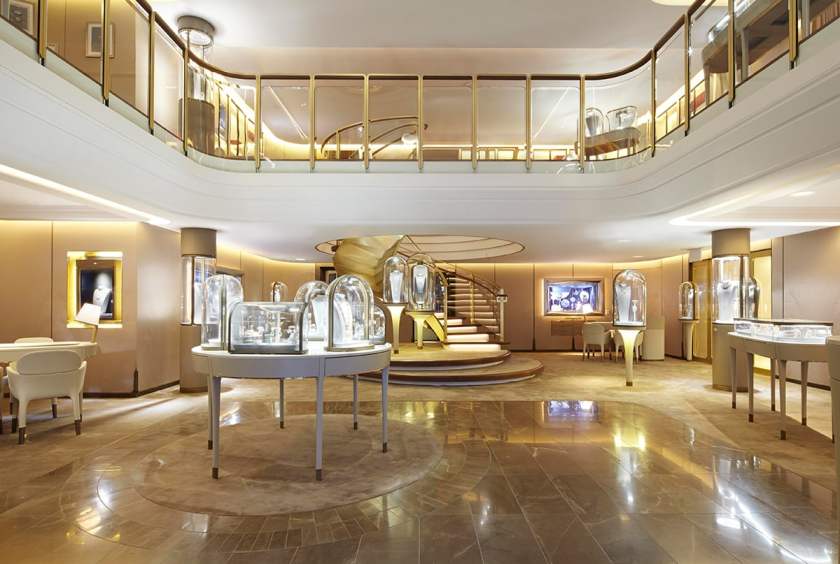 French Maison Van Cleef & Arpels re-open the doors of its New York City flagship to reveal a glowing makeover. Designer Patrick Jouin and architect Sanjit Manku of Jouin Manku Studio redesigned the iconic French jeweler’s boutique, which has stood landmark on Fifth Avenue since 1942. Having already designed the interiors of the Maison’s Paris and Hong Kong boutiques, the Parisian design studio was called upon by Van Cleef & Arpels yet again for this project. The fresh new design plays up the glow factor even more with a color scheme full of yellow and gold hues. Brass accents throughout the space add still more shine.

Using the boutique’s domed display cases as inspiration, circles and curved lines are a strong design theme. From the large circular overhead light fixtures to the wide curved staircase, the smooth lines open up the space and give it a flowing feel.

The store includes a new VIP room, a library, and, for the first time, a bridal salon titled Estelle & Alfred. This quintessential Fifth Avenue boutique offers a lighter take on grandeur.