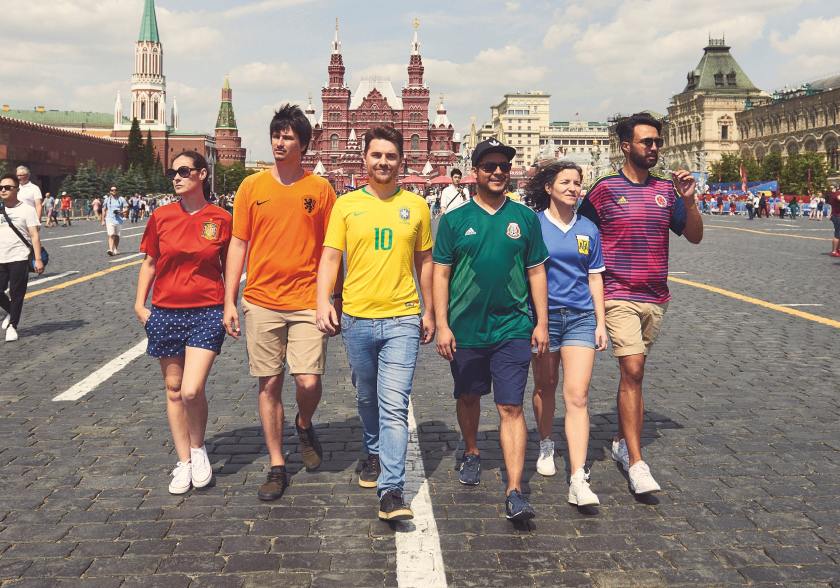 The 2018 FIFA World Cup is currently being hosted in Russia, a nation who has had an unwelcoming track record when it comes to the rights of the LGBTQ community. Gay ‘propaganda’ is banned in Russia, but that did not stop a group of soccer fans at the 2018 World Cup from promoting LGBTQ rights in Moscow with a subtle – yet colorful – protest.

Activists from Spain, the Netherlands, Brazil, Mexico, Argentina and Colombia traveled to the Russian capital wearing their national jerseys, which conveniently create a rainbow pride flag when they line up side-by-side.

Though Russian federal laws prohibit public demonstrations of LGBTQ rights, including the showcasing of the rainbow Pride Flag, six activists from six different countries have gathered together to send a political message to the country and the rest of the world. 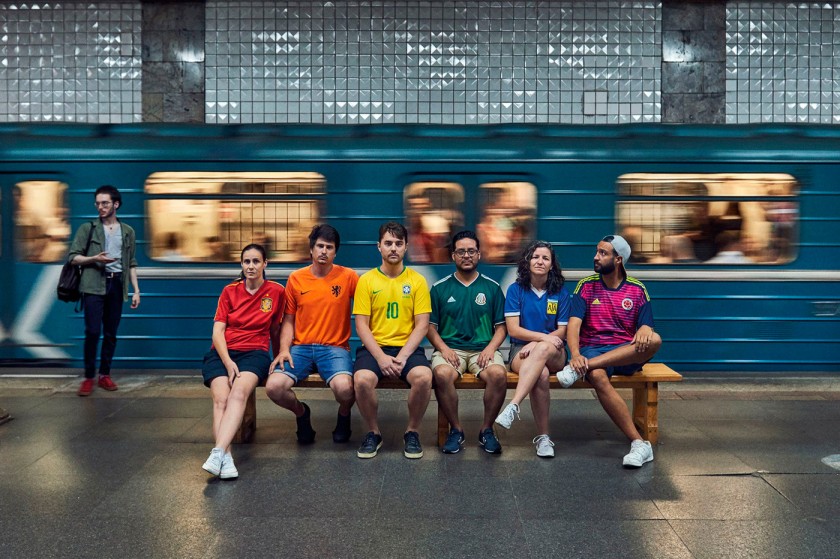 Created by Spanish digital agency LOLA Mullenlowe and Spanish LGBTQ organisation FELGTB (National Federation of Lesbians, Gays, Transsexuals and Bisexuals), The Hidden Flag saw each of its six members concealing the Pride Flag by wearing the football kit of their native country.

The motley crew of protesters included, from left to right, Marta Márquez (red jersey), president of an LGBTQ advocacy group in Spain; Eric Houter (orange), a straight man from the Netherlands participating in honor of his gay brother; Eloi Pierozan Junior (yellow), a marketing manager from a small town in Brazil; Guillermo León (green), a documentary filmmaker from Mexico; Vanesa Paola Ferrario (blue), an audiovisual editor from Argentina; and Mateo Fernández Gómez (purple), an advertising art director from Colombia.

In a statement posted to The Hidden Flag’s website, the activists “wanted to take advantage of the World Cup to denounce the situation in Russia and take the flag to the streets”. To do so, the six of them walked around in this formation in various public places in Moscow to unbeknownst authorities. 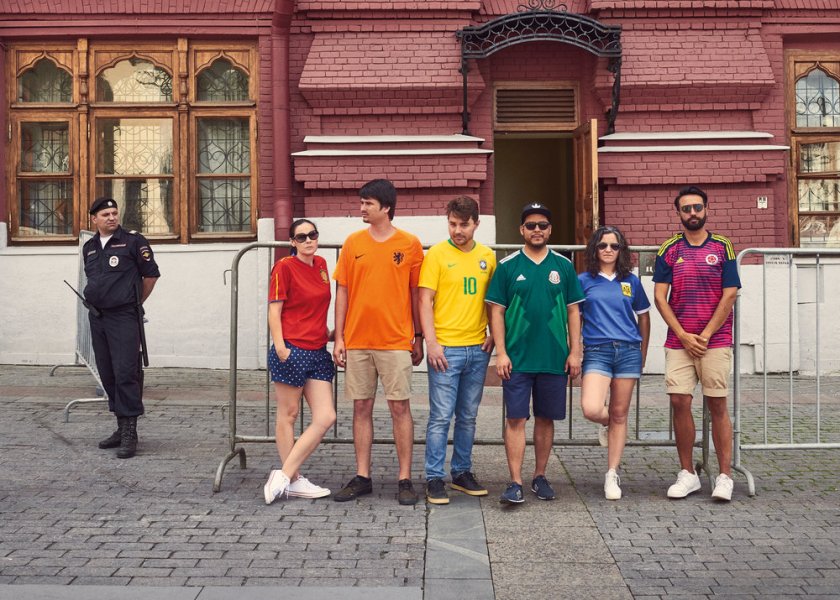 The response to The Hidden Flag’s project has been largely positive, even creating the viral #TheHiddenFlag hashtag. Come into the beautiful and colotful world of  The Hidden Flag.